To go or not to go: How Boston MedFlight helped little Owen’s doctors turn a difficult decision into the right choice.

We had never met Owen before that day we flew to his bedside in Vermont. But we had trained and prepared for his case, over and over again.

When Owen’s parents noticed he was feeling unusually sluggish from a bad cold, his pediatrician told them to take him straight to a Vermont emergency department. Soon he was on a ventilator, being kept alive by a breathing tube.

His clinical-care team faced a daunting decision: to keep him in pediatric intensive care or send him to more specialized care in Boston. It was a trip that could either save his life, or end it. They called Boston MedFlight to discuss Owen’s case.

Did we have the equipment necessary to keep him alive during the trip? Yes. All of our vehicles have special, pediatric equipment on board.

Were we prepared to administer nitric oxide, manage his breathing with a portable ventilator and, if necessary, give him an infusion? Yes. All of our advanced critical care transport nurses and paramedics are educated in these procedures and are highly experienced in keeping the sickest of sick children alive and stable.

Together, Owen’s caregivers and the Boston MedFlight team decided that the benefits of moving him to Boston outweighed the risks. Joined by additional clinicians from the receiving hospital, we made the 165-mile flight from Vermont.

“We were so relieved when they arrived. From the second the Boston MedFlight crew came into the room, they were professional and reassuring.”

After five weeks in Boston, Owen was well enough to go home. Several months later, he and his parents (and new baby brother!) made it back for our annual pediatric reunion and had the chance to personally express their gratitude to Owen’s critical care team.

View our latest videos to hear more about our life-saving mission, and some of the real patient stories behind our critical care transports 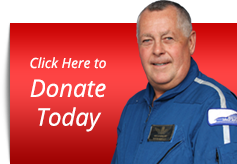 Boston MedFlight is a critical link

to Boston’s world-renowned pediatric care. Fifteen percent of our missions are transporting infants and children to neonatal and pediatric services at Boston hospitals. We always answer the call—regardless of their parents’ ability to pay. Please consider a donation. We are a non-profit organization and your generosity will help us ensure every child gets transported to the lifesaving care he or she needs.
Donate Today